Proactive or Reactive Approach to your Health – Bechamp versus Pasteur

This is about taking control of your health or relying on others to do it all for you.  In a sense, it could also be seen as the Holistic versus the Allopathic approach.  Battle lines were drawn long ago as two 19th century Frenchmen, Antoine Béchamp (1816-1908) and Louis Pasteur (1822-1895), struggled to have their ideas accepted by the nascent health sciences community.  Their two competing paradigms are now thought of as “cellular theory” versus “germ theory”.

First, an aside to explain my orientation the science of health that led me to research this war of ideas and to write this post.  I have a real passion for evidence-based complementary and alternative medicine (eCAM).  And this specific aspect has fueled that passion even more than others related to eCAM when I see how many otherwise smart and progressive people seem to just jump on the pro-vaxxer train AND get all militant about people who don’t agree with them, evidently not considering that they themselves have surely been the target of many a reactionary attack.

For instance, at least some skepticism about the subject seems warranted when they consider facts like Donald Rumsfeld (Secretary of Defense, at the time) owning stock in the largely ineffective flu vaccine Tamiflu. The curious timing of his appearing in the media in 2005 warning about a coming H1N1 (AKA avian bird flu) pandemic no doubt encouraged the belief of a coming worldwide bird flu pandemic that caused the company’s stock price to soar.  This was after they led off with President George W. Bush as front man before the media predicting 200,000-2 million would die in the US alone.  Fewer than 500 died worldwide.  But not before the US government bought 20 million doses, making billions of dollars in profits for its stockholders including, ahem, Rumsfeld.

Then there are the ingredients many people don’t know about, like thimerosal (which has mercury, among other things in it), aluminum, formaldehyde.  All nasty stuff nobody in their right mind should allow into their body.

OK, on to the epic argument between Béchamp and Pasteur.  (If you want to read on the ‘debate’ between these two medical pioneers, don’t rely solely on Wikipedia; increasingly they have become, like Google and Facebook, hostile toward alternative medicine and alternative approaches to health. Instead, read posts like the first half of this one.)

I side with Béchamp who theorized that, while germs exist, the focus should be on making the host (us, animals, whatever life form you’re trying to protect) an unwelcome environment for opportunistic infections rather than focus on the ‘silver bullet’ notion that Pasteur promoted. In other words, make boosting your immunity the focus of your efforts to maintain good health NOT relying on drugs, surgery and chemotherapy to ‘rescue’ you (after all, that’s what people with silver bullets do, right, come galloping in on a white horse to the rescue? Hi-o, Silver!).

Pasteur’s arguments won the day and Béchamp disappeared into obscurity (bet you never heard of him), much to the pleasure and insane profitability of a worldwide pharmaceutical industry all too glad to bankrupt you with their ‘silver bullets’ (oh, and there may be side effects and they may not work anyway, but that’s just so much quibbling – we’re here to SAVE you, you ungrateful cur!).

This debate is the heart of the allopathic versus holistic approach to health. BTW, it is said (but I’m not sure can be confirmed) that after all the bitter argument between the two that Pasteur had a deathbed confession that Béchamp was right after all, and that Pasteur’s early work was based on notes he had stolen from Béchamp.

Regardless, I think those who learn about these theories, and how profoundly they have shaped modern thinking about health, will realize they need to take responsibility for their health – and fate – by deciding whether they want to be proactive and vigilant about their immune system or passive, then expect a pill or surgery will rescue them from their lifestyle choices. We can see all around us which lifestyle approach seems to be favored by most.  In fact, Pasteur’s approach seemed to presage our preference for a reactionary – OK, lazy – approach to life.  We’d rather take a pill to lose weight than exercise.  We’d rather take a pill to numb our emotions rather than commit to the heavy lifting of learning to cope with our emotions and gain better emotional intelligence.  And on and on, there are so many more examples.

Also, it strikes me that Béchamp’s approach was more feminine in that its primary focus is on nurturing growth (of a healthy microbiome, principally residing in our gut), whereas Pasteur’s was more masculine with its focus on dominating and killing (those pesky organisms deemed the enemies of good health).  The former is more harmonious and is based on a healthy respect for all that is nature, whereas the latter is more polarizing with its focus on good versus bad.

In closing, I’m not asking anyone to choose sides.  Even the most ardent advocate of “cellular theory” can find themselves in circumstances where they will appreciate a crucial intervention involving some miracle produced by our behemoth pharmaceutical industry (it takes an awful lot of sales to pay for all those ubiquitous drug ads).   But I assert that those tools be reserved for, and only used in, situations where they are a last resort, where all else has been tried, because being proactive and nourishing the ‘terrain’ of one’s body should minimize the need for such  extreme ‘heroic’ measures.

If you want to read another account that gives more insight into the ‘feud’, you might check this out,  if for no other reason to view the table at the bottom of the article comparing the two theories. 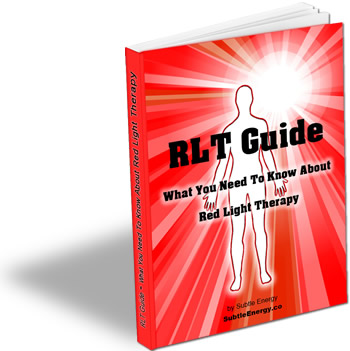 You have Successfully Subscribed!

We value your privacy. You information will not be shared.